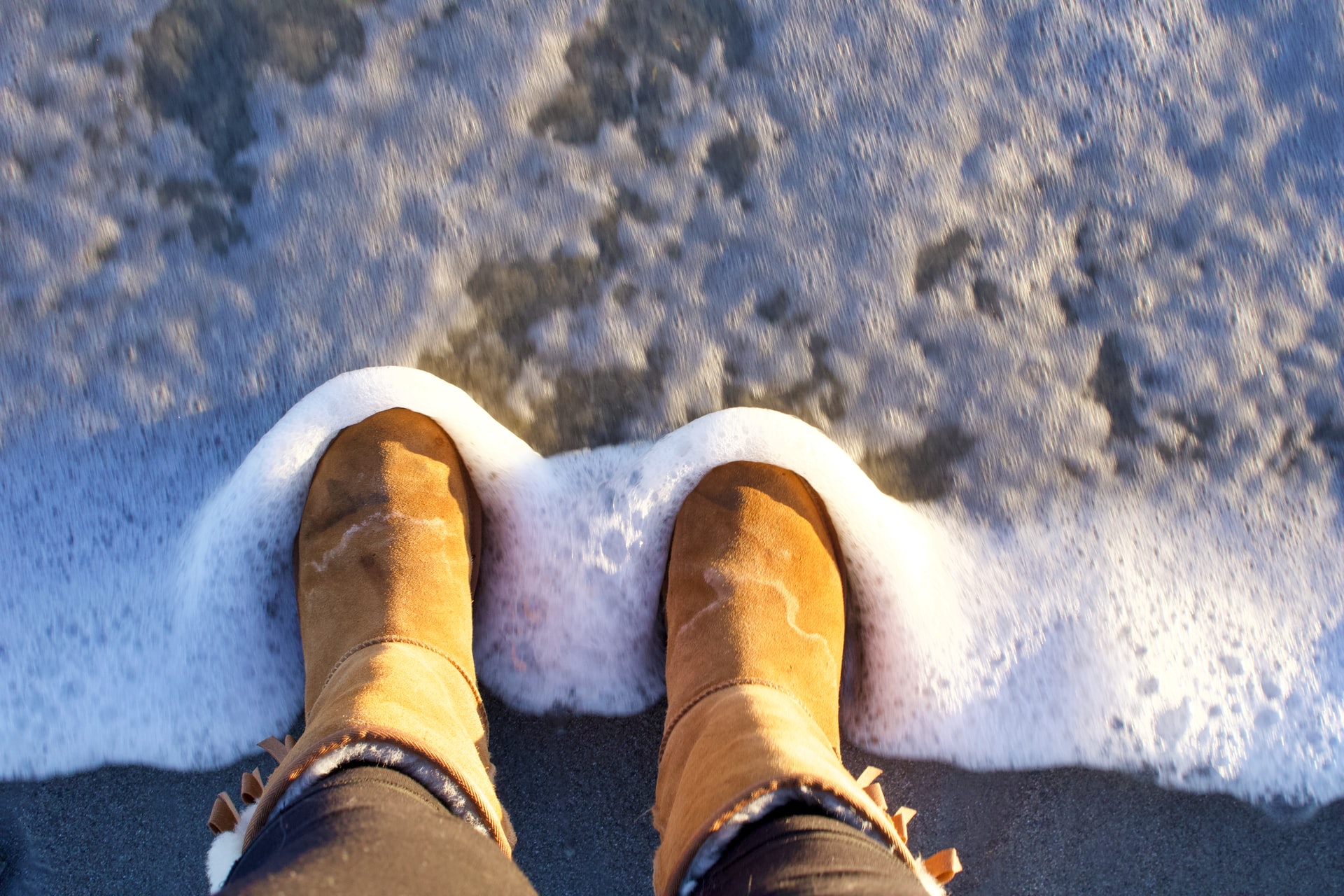 Koolaburra and Ugg are Decker brand products. They are winter footwears that are largely similar but also have their fair share of differences. Koolaburra is the more affordable brand made from sheepskin, suede, and faux fur, while Ugg is mainly made from sheepskin. Further, Ugg has been in the market much longer than Koolaburra, which is the latest addition to the Decker brand.

Let’s take this Koolaburra vs. Ugg comparison further and pinpoint the key similarities between the two.

Koolaburra and Ugg boots have similarities, considering that one is inspired by the other. We discuss these similarities below.

Ugg boots are made from sheepskin lined with wool. The wool lining provides extreme warmth and comfort. On the other hand, Kookaburra is made from a combination of sheepskin, suede, and faux fur. The three used together to afford you great warmth and comfort as well. You will notice that the upper part of Koolaburra has less fur, but that should not make much of a difference.

The sheepskin wool used to make the footwear helps regulate the temperature within the boots. This means they should be used without socks to allow direct contact with the body.

The two boots have a similar design, and there is no noticeable difference between Ugg boots and Koolaburra in terms of looks alone.

Ugg boots (Ugg and Koolaburra) are stylish and youthful. Koolaburra tends to be trendier, but the look is inspired mainly by the classic Ugg design.

Both are designed for winter but can be worn all year round. They are offered in a variety of colors, but the range of colors is similar for both. In summer, when it gets too hot, you will find them a bit uncomfortable because they are unbreathable.

Differences between Koolaburra and Ugg Boots

Although not so pronounced, there are several differences between Koolaburra and Ugg boots. We discuss some of these differences below.

Price of the Boots

Ugg boots are pricier compared to Koolaburra and other similar brands. This is primarily because of the quality of material used to manufacture the Ugg boots. It is said that Ugg boots are manufactured from Grade A, Twin face sheepskin, the best grade you can find. Ugg boots may cost you between $150 and $ 330, while the price of Koolaburra ranges from $60 to $131.

Suede leather is generally durable compared to the other materials used for making shoes. This places Koolaburra above Ugg boots when it comes to durability. However, Ugg boots can maintain their shape and softness for longer if well maintained.

See also  What Is The Dutch Bros. Straw Code?

The upper part of Ugg boots has farther compared to Koolaburra boots. This might be attributed to the fact that Koolaburra is targeting people who prefer less far up.

Is Koolaburra by Ugg Fake?

Koolaburra by Ugg is not a fake brand. It is actually a legitimate brand of the Decker outdoor corporation. “Fake” claims have emerged due to the similarity between the two products and significant differences in price.

The two brands belong to the same company. It, therefore, beats logic for the Decker Company to create a fake version of their product. Ugg created Koolaburra Ugg as a more affordable brand for people who cannot afford the expensive Ugg boots.

See also  Who Owns The Dodgers?

That said, it is important to ensure the boots you are buying are authentic Koolaburra by Ugg boots. Buy from reputable retailers such as DSW, Zappos, Amazon, or Nordstrom. You can also buy from the official Ugg website.

How to Clean Ugg boots

Cleaning Ugg boots is not complicated at all. However, be warned that extra caution is required when a stubborn stain is involved. Otherwise, you might end up damaging your shoes. In most cases, you will need an Ugg cleaner and air conditioner. If you cannot access the two for any reason, you can use the simple DIY described below.

Note that suede in Koolaburra is not 100% waterproof and may make the boots leak. You should therefore avoid washing the two together if you have both Ugg and Koolaburra.

Koolaburra and Ugg are two excellent products of the Decker outdoor corporation. The two winter footwear products target two different market segments based on budget. Ugg boots are more expensive and have been in the market longer. Koolaburra by Ugg, which is primarily inspired by the classic Ugg look, is the new kid on the block. While Ugg is made with sheepskin alone, Koolaburra is made from a combination of sheepskin, suede, and faux fur.