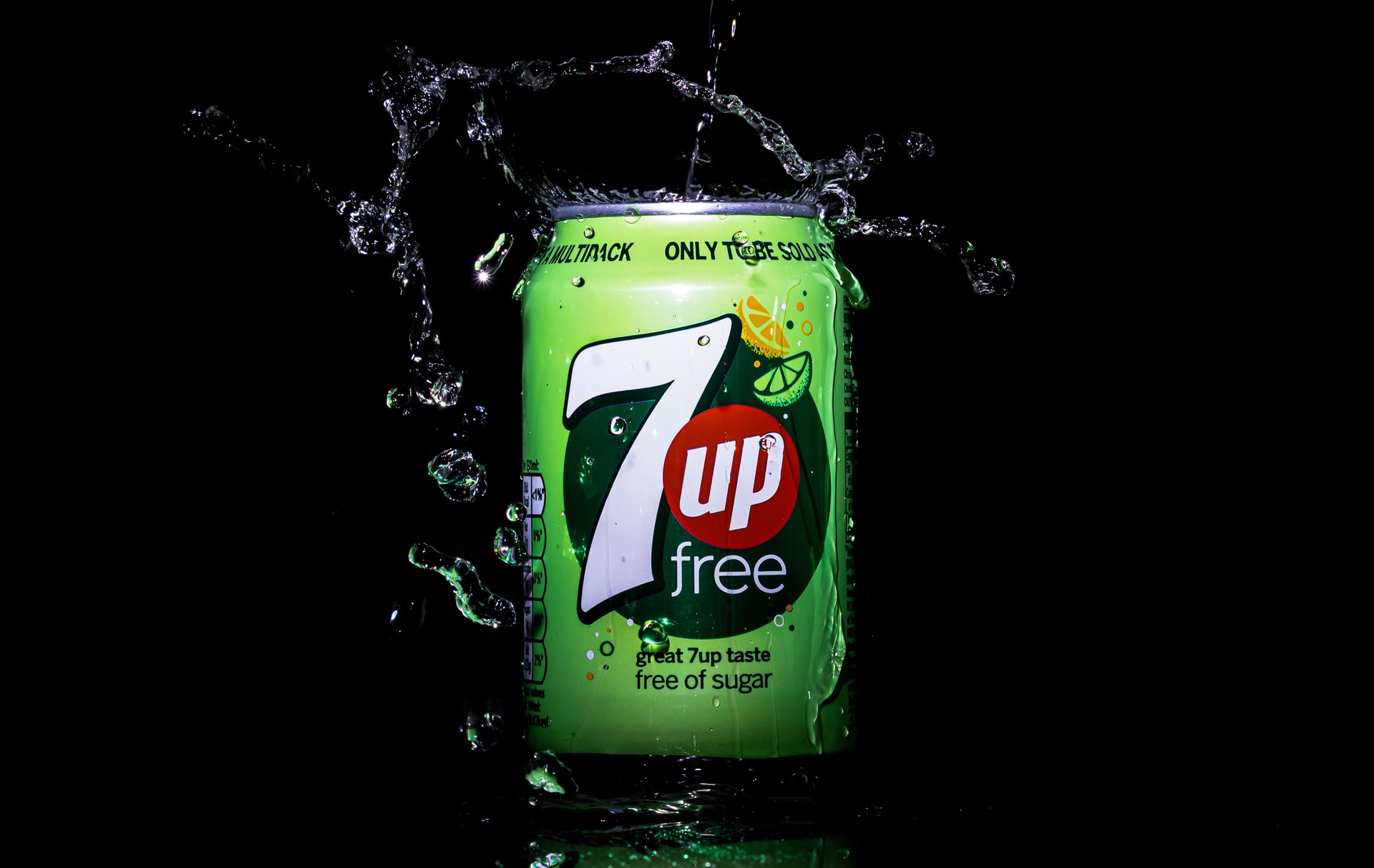 If you have drunk 7UP ever, you may have wondered, “Who owns 7UP?” 7UP is a lemon-lime flavored soft drink that is available globally. In terms of popularity, 7UP ranks as the 16th best-selling beverage. But who owns it?

Keurig Dr. Pepper is the current owner of 7UP, but the 7UP brand was created by a company owned by Charles Leiper Grigg. Lithium citrate was the original active ingredient in 7UP, a mood-enhancing drug used in various patent medicines. It has been effective in treating manic depression for many decades.

7UP is commonly referred to as a lemon-lime soft drink throughout the world. The rights to the brand belong to Keurig Dr. Pepper in the U.S, while 7UP International holds the rights across the globe.

A red-orange circle surrounds the “7” and “Up” in the U.S. version of the logo. There is an animated version of this circle called the Cool Spot, and it has served as the company’s mascot.

Initially, the 7UP used to contain some amount of lithium in it. However, soft drinks were not allowed to contain lithium in 1948. It had a total ban in the United States for a brief time.

As a result, 7UP stopped adding lithium. In America, lithium became illegal following overdose deaths. As a prescription medicine, it was brought back on the market in the 1970s by the FDA. For those of you who never drank 7UP before 1948, you’ve never experienced its famous lithium effects.

7UP belongs to Keurig Dr. Pepper, which is among the largest beverage companies in the world. In 1920, Charles Leiper Grigg, who founded a company in St. Louis called The Howdy Corporation, launched 7UP under his brand name in the United States.

In 1929, Gilbert devised a lemon-lime soda powder formula that he brought to the market. A couple of weeks before the 1929 Wall Street Crash, the product “Bib-Label Soda” was launched.

Up until 1948, the beverage contained lithium citrate. It was one of several popular patent medicines from the nineteenth century. By 1936, the beverage’s name had been shortened to “7UP.”

The 7UP is thought to get its name from the drink’s pH being over 7. It would be neutral or basic if that were true, but it is not. Since 7UP has a pH of 3.79, it falls on the acidic side of the pH scale, just like most other beverages in this category.

There are many countries where 7UP is commonly known as a lemon-lime beverage. A famous company called Keurig Dr. Pepper in the United States owns the rights to 7UP and is the current owner.

Initially, 7UP was not that popular. However, over time, 7UP gained a lot of attention worldwide. In 1969, Westinghouse purchased the 7UP.

Later, Philip Morris bought it in 1978, bringing together soft drinks and tobacco. However, the investment company Hicks & Haas acquired it in 1986. In 1988, the 7UP brand merged with Dr. Pepper.

So, if you’re still pondering who owns 7UP, remember that Keurig Dr. Pepper owns 7UP.