How Much Do Train Conductors Make? 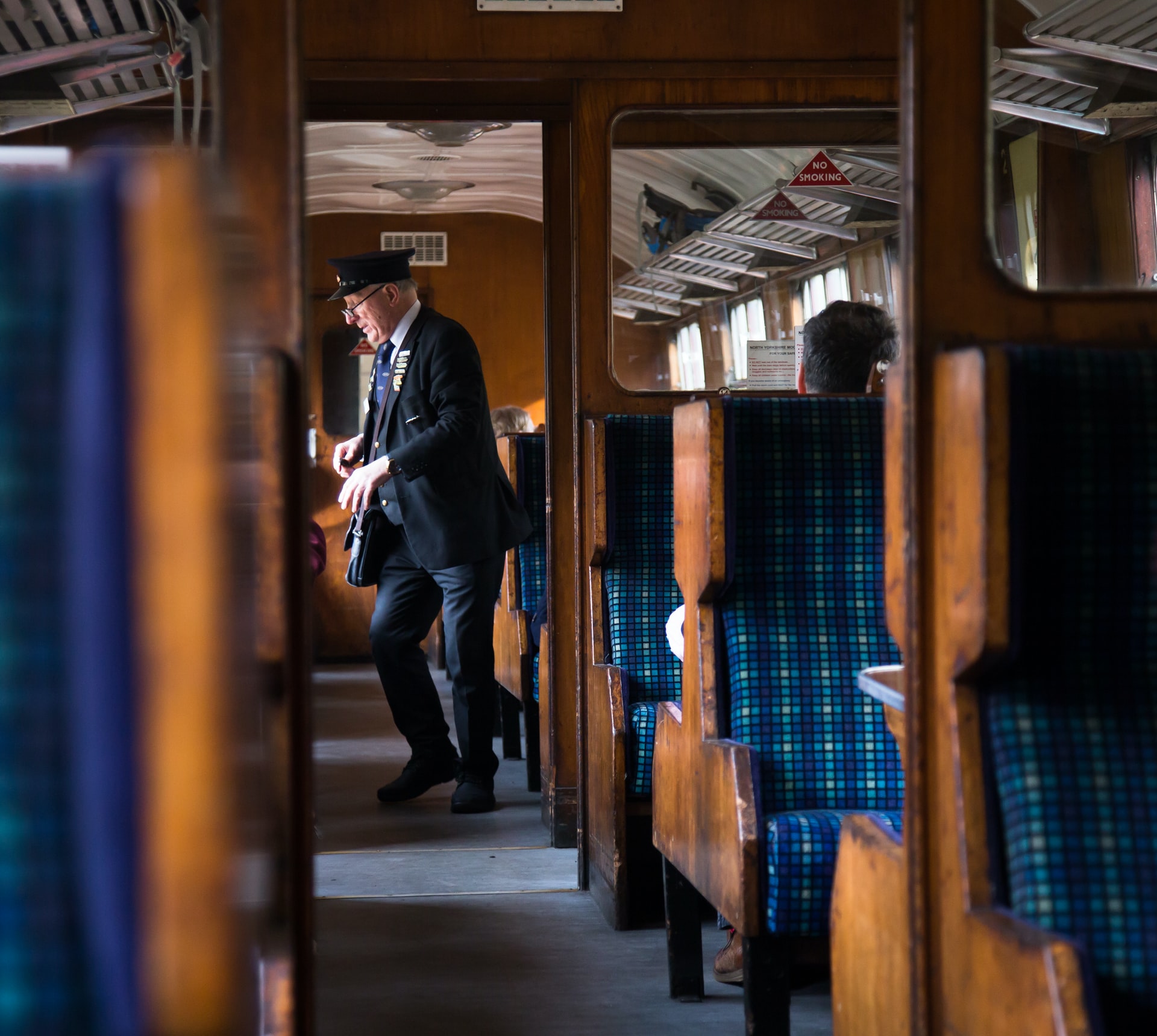 You might be considering a career as a train conductor and wonder: How much do train conductors make? If you enjoy traveling across the country by rail, this career path may be for you. Another attraction to this vocation is the reasonably short training period. But what is the earning potential of a train conductor?

Train conductors play a vital role in the railroad industry. Let’s take a deeper look at a train conductor’s salary. We’ll also examine how much they can earn in different states/companies and where they work. If you’re interested in learning how to become a train conductor read our other article here.

What Do Train Conductors Do?

Train conductors guarantee that passengers’ requirements and safety are met when working on trains carrying heavy freight or people. They work as part of a team with other railroad employees to ensure that the train runs on time and that any important announcements are made along the way.

Conductors differ in their responsibilities depending on the type of train they are working on. On a freight train, their primary responsibility is to assist with the train’s cargo, ensuring that it is correctly loaded and unloaded.

On a passenger train, their primary responsibilities are to provide excellent customer service, make announcements, and keep passengers safe. In addition, they can handle ticket sales and consumer complaints and intervene if people are misbehaving.

See also  How Much Do Victoria's Secret Models Make?

Patience when dealing with passengers and leadership ability to help monitor the crew are essential attributes for conductors.

How Much Do Train Conductors Make?

Let’s delve deeper and determine the answer to the question, “How much do train conductors make?”. Wyoming has the highest paying salary for railway conductors and yardmasters. The average salary is roughly $77,080 per year

This salary is $3,700 more than what a conductor or yardmaster in California earns. And Wyoming pays nearly $35K more than New Hampshire for a train conductor/yardmaster.

Obtaining a train conductor’s license may be challenging and rewarding simultaneously. Still, it is well worth the effort and one of the most rewarding jobs in the world!

A train conductor’s compensation is established mainly by a collective bargaining agreement. It varies depending on your area, the railroad you choose to work for, and your experience. We can also say the same about yardmasters’ pay.

BNSF Railway has earned a well-deserved reputation with a long and illustrious history in the railroad sector. They run one of the world’s major railroad corporations.

They employ over 40,000 people who help power, feed, and clothe millions of Americans daily. With over 32,500 miles of track in 28 states throughout the United States and three Canadian provinces, they are one of the largest railroads in the world.

At BNSF, you can earn approximately $38–40 per hour as a conductor. However, as I stated previously, salaries can vary by state and experience, so you should contact the railroad with more details.

For more than 155 years, Union Pacific has served consumers and communities.

The Pacific Railway Act was signed into law by President Abraham Lincoln on July 1, 1862. They employ over 37,000 people and provide excellent salaries and benefits.

A conductor’s base salary at Union Pacific ranges from $35 to $39, based on your Union agreement, region, and experience.

Since May 1, 1971, Amtrak has been in operation. The railroad runs passenger trains, employs approximately 20,000 people, and generates $3.4 billion in revenue. Every day, approximately 85,000 people ride over 300 trains. Amtrak provides excellent benefits to its conductors and a respectable wage.

A conductor’s hourly salary at Amtrak ranges from $27 to $38 per hour, based on region and expertise.

A train conductor’s annual salary in Amtrak ranges between $62,000 and $72,000, according to GlassDoor.com.

All other U.S. transportation systems combined have fewer subway and commuter rail cars than the MTA network.

See also  What Is Tencent's Net Worth?

The MTA train conductor’s income ranges from $60,000 to $90,000 per year, including benefits such as low-deductible health, vision, dental insurance, and an excellent pension plan.

Compared to a freight conductor, who must perform duties outside, one of the benefits of working as an MTA conductor is that most of the job will be done inside.

Train conductors love working on their own, outside, and in a non-traditional setting. The job also offers a variety of advancement prospects beyond entry-level employment and competitive, stable pay and union benefits from day one.

People frequently consider the railway industry quite old-fashioned because it is one of the oldest means of public transportation still in use today. It is currently one of the world’s most high-tech industries.

But those interested in this career asking, “How much do train conductors make?” will be happy to know they could earn up to $120,000 per year.